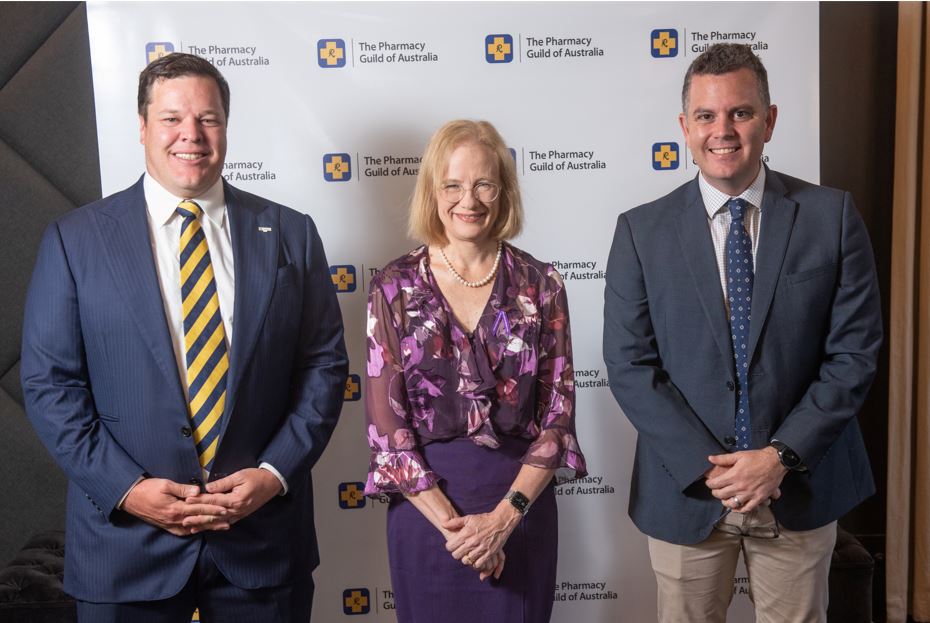 “This is the second time the Branch has run the event and once again, it was a huge success,” said Ms. Seeto, “Not only did we sell out, but we were also fortunate to hear directly from the Governor of Queensland, Her Excellency the Honourable Dr Jeannette Young PSM.

“We’ve had the privilege of working closely with Her Excellency in her previous role as Queensland’s Chief Health Officer (CHO),” said Ms Seeto.

“Late last year, we had the opportunity to award Her Excellency with our highest honour at the Pharmacy Guild by awarding her the Queensland Branch President’s Award,” said Ms Seeto, “as a profession we could not have had a better partner than Her Excellency in helping us navigate this pandemic as we provided front-line care to our communities.”

Ms Seeto, who also was the MC for this year’s breakfast, said there was something for everyone in the Governor’s address.

“The theme of this year’s International Women’s Day was #breakthebias. This theme was chosen to raise
awareness of bias in the workplace with the aim of eliminating bias, stereotypes, and discrimination.

“Our 180-plus guests in attendance had the privilege of hearing Her Excellency discuss the central role community pharmacy played in the response to the COVID-19 outbreak as well as an outline of the role women pharmacists have played throughout Queensland’s history.”

“The 2022 IWD breakfast has set a very high bar for future years, it’s hard to imagine how we will be able to improve on this for our breakfast in 2023,” said Ms Seeto.