Bluey casts a tender light on being childless not by choice. Here’s what women told me about living with involuntary childlessness 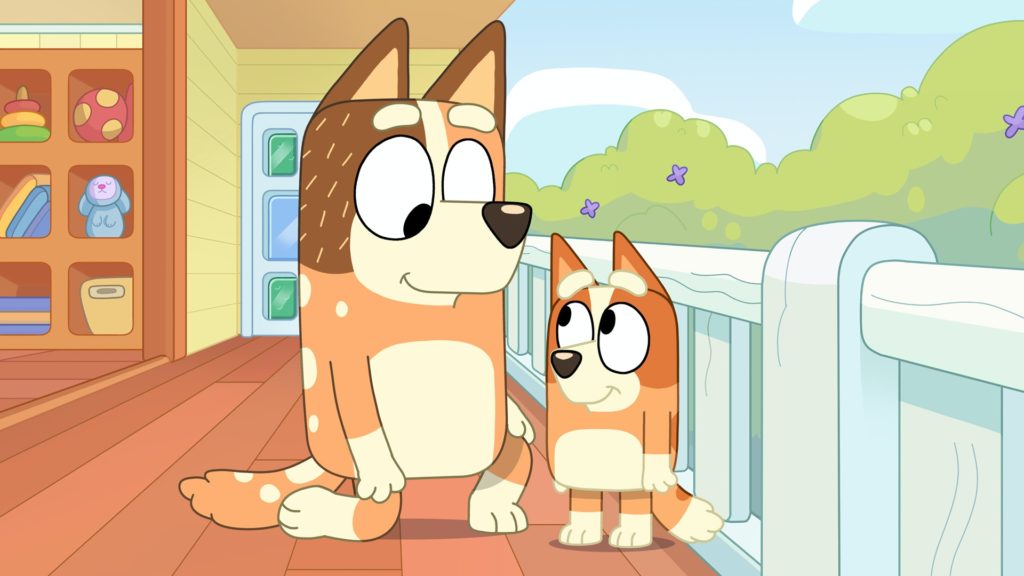 In a recent episode of Bluey, Onesies, six-year-old Bluey asks her mum Chilli what’s wrong with Auntie Brandy, who has come to visit for the first time in four years.

“Is she sad?” Bluey asks. “And why have we only seen her once in our lives?”

It is hinted by the show Brandy is unable to have children.

“I’m sorry it’s been so long,” Brandy later says to her sister. “It’s just hard seeing you all, you know?”

“I know,” Chilli replies, reaching for her sister’s hand.

It is another example of the hit program’s gentle and insightful exploration of complex issues, sparking a flood of positive responses from viewers. As one person commented on the show’s Facebook page, “thank you Bluey, for showing the infertility and childless not by choice community”.

Close to one in six couples have experienced infertility. Those who haven’t usually know someone – a family member, colleague or friend – who has.

Shining a light on these experiences can help many who are going through it to feel less alone and lessen the sense of shame and stigma that unfortunately so often attends a diagnosis of infertility.

Much media coverage tends to focus only on IVF. But Bluey highlights another important aspect of infertility: the emotional and social toll of involuntary childlessness continues well past the period of actively trying to conceive.

‘An apology and a failure’

As part of my research into experiences of infertility, I have interviewed older generations of women living with involuntary childlessness. For these women, now in their 60s and 70s, the invisibility of their experiences in public discussion of infertility has had a lasting impact on their mental health and sense of community inclusion.

Some of the women who shared their stories experienced multiple miscarriages; some never found a reason for their infertility; some eventually had a child, while others did not.

For the women who were unable to have a child, the impact of infertility on their identity and relationships is long-lasting, reverberating through their lives well past the months or years they spent trying for a baby.

Heather* and her husband are in their 60s. At 36, after having tried to conceive for three years, Heather had a miscarriage at eight weeks. They then underwent eight IVF cycles without becoming pregnant, and eventually decided to stop treatment.

Her miscarriage, which happened after she had seen her baby’s heartbeat and experienced bad morning sickness, was deeply traumatic for Heather. Her pregnancy remains special and meaningful to her.

Nearly 30 years later, there are situations she still avoids because of the emotions they trigger. Since retiring she has become active in University of the Third Age but avoids some classes because of the constant conversation about grandchildren:

And then they ask me about my children and my grandchildren and I’ve got to tell them no, we don’t have any. And it’s almost like an apology […] an apology and a failure.

For Mary*, in her 70s at the time of our interview, getting older has meant reliving the trauma of friends’ young children’s birthday parties.

She recalled in her 30s having to leave parties because they were “just too hard”, and those feelings are returning as her friends become caught up in being grandparents. She reflected, “I’m losing my friends again.”

Renee*, 59 at the time of our interview, told me she no longer has people ask if she has children. “Now, it’s grandchildren,” she says.

The ongoing repercussions of childlessness are felt within families, too.

Greta* is 54, and has no children while her sister does. Her mother had moved interstate to live with her other daughter and grandchildren in her final months.

I’m so pleased, now, that she had that time with them, but at the time, it was quite wrenching.

She reflected how many people without children miss the connection to a multi-generational family. “That’s the longer-term impact. When I’m old, who’s going to care?”, she said.

Despite their ongoing grief, the women I spoke to who were unable to have a child emphasised their lives were rich and full. This included successful international careers, further study and career changes, running own businesses, becoming step-parents and step-grandparents.

But people who are childless not by choice continue to live with this reality long after their years of trying to conceive.

We all need to hear stories that reflect our own life experiences, to feel seen, to feel we belong. Bringing a more inclusive approach and a longer perspective to public discussions about infertility helps to undo the isolation and invisibility so often felt by older women who are childless not by choice.

It is perhaps ironic, and a little bittersweet, it has taken a children’s program to remind us of this.

How do epidurals work? And why is there a global shortage of them?

5 tips for building kids’ resilience after bumps, scrapes and other minor injuries