Cleopatra used it as a beauty aid. Now castor oil is staging a cosmetics comeback. 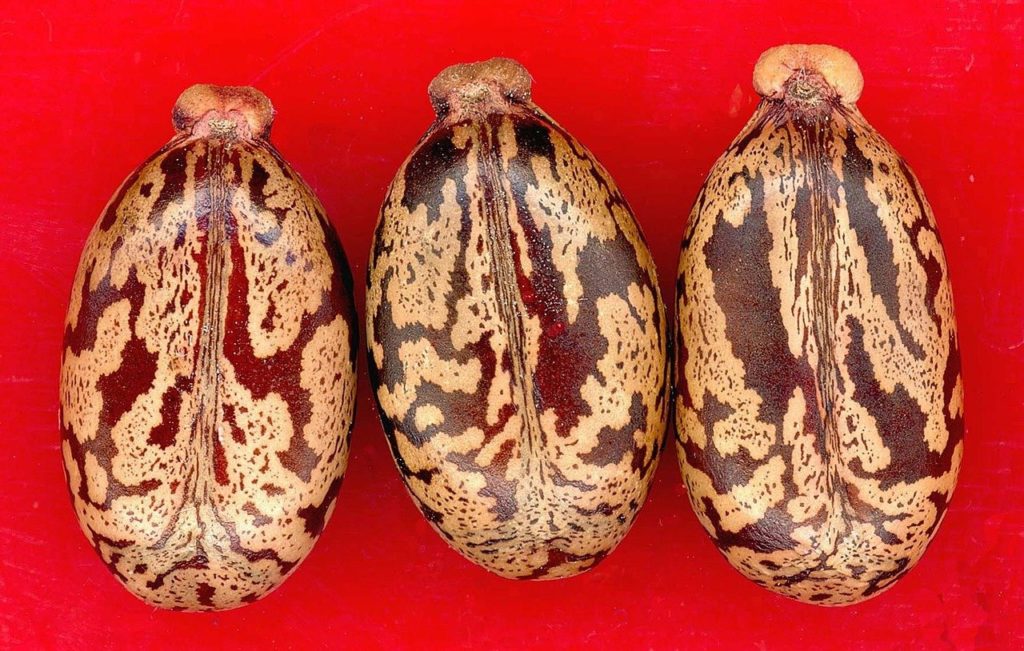 Castor oil has been around for more than a thousand years and has been a medicine-cabinet staple for hundreds. So it’s somewhat surprising to see the standby elixir — known for calming stomachs and beautifying hair — gaining attention from the wellness and beauty industries, which are churning out products claiming to grow your eyelashes or make your skin glow.

Domesticated in Eastern Africa and introduced to China from India an estimated 1,400 years ago, the castor oil plant is one of the oldest cultivated crops in human history. Castor oil allegedly was a weapon in Cleopatra’s beauty arsenal — the Queen of the Nile is said to have used it in her hair and, some sources say, to brighten the whites of her eyes. Read on to find out why castor oil is having its 15 minutes of fame, whether you can believe the hype, what to look for and how to use it.

What is castor oil?

Castor oil is made by pressing the seeds of castor beans, which yields a viscous liquid thicker than olive oil and pale yellow in hue. Known for being full of triglycerides and fatty acids, castor oil contains a high volume of ricinoleic acid, a versatile component that makes it well-suited to a wide range of formulas — industrial, medical and pharmaceutical alike. Castor oil’s benefits are myriad: as a moisturizer and anti-inflammatory, as well as a hair thickener and ­strengthener.

Castor oil has historically appeared in many products, though until recently, only a few brands, such as Sunny Isle Jamaican Black Castor Oil, featured the ingredient front and centre. Now, it’s being marketed on the front of product packaging instead of buried in an ingredient list under its chemical name, according to Manhattan-based dermatologist Julie Russak. She sees a couple of wellness trends at play in the ingredient’s newfound fame.

“Companies are calling out natural ingredients right now because that is what consumers are looking for,” Russak said. Castor oil “has longevity. It’s not a chemical product that has just been designed in the lab.”

In addition, she said, “Oils in general are having a comeback, and castor oil is getting a rebrand. We talk about eating good fats, eating fatty acids, oils, fish oils, different triglycerides, getting them out of avocados, for the inside. But oils are the answer for that on the outside.”

Promoting castor oil in a way that dovetails with wider wellness trends seems to be working, if you consider celebrity endorsements and what’s stocked at Sephora. Charlize Theron recently touted castor oil as one of her personal beauty hacks, saying she uses it, straight, on her eyebrows and hair.

What about beauty claims?

At least one study has shown that castor oil increases hair lustre — more commonly understood as shine — overall, according to Bindiya Gandhi, a physician who practices functional and integrative medicine in Georgia. Though there are no studies that show castor oil directly causes hair growth, Gandhi believes the theory isn’t far-fetched. “Hair growth is triggered by prostaglandin (PGE2) and ricinoleic acid in castor oil has been shown to stimulate PGE2 so we can conclude that this is the reason that it increases hair growth,” she wrote in an email. She gives the example of Latisse, the eyelash growth product, which utilizes the “same mechanism of action.”

How to use it

Gandhi remembers her mother using castor oil on her hair when she was a child, as well as giving it to her for constipation. When she had her own daughter last year, she reached for it, too.

“Topically, you’re getting anti-inflammatory properties,” Gandhi said, which is why castor oil is an ingredient in products such as anti-aging and stretch mark creams and ointments for sunburns and rashes. Castor oil also can be used as an antibacterial and antifungal treatment to combat yeast overgrowth and buildup on the scalp.

At the same time, she cautioned, a little bit of castor oil goes a long way — and it’s not right for everyone or everything.

Ingested orally, it can help with digestive issues; but take too much and it can cause an electrolyte imbalance or diarrhea. “Always talk to your doctor to make sure you have the go ahead,” said Gandhi, who advised that adults ingest between 15 millilitres and three teaspoons for constipation but not use it as a long-term solution. “You can mix it in fruit juice, milk, or water to help ease the taste.” For kids, the dosage depends on age, and you should talk to a pediatrician first, “but 5 millilitres or 1 teaspoon is usually a good starting dose.”

For topical applications, Gandhi recommended using a dime-size amount to massage into the skin or scalp. But, she warned, castor oil should not be considered a fix for all skin issues. For example, people experiencing seborrheic dermatitis — caused by a fungus and resulting in red, flaky skin — should avoid castor oil, which exacerbates the condition.

What to look for

Gandhi advised anyone shopping for castor oil to scrutinize the source and packaging: Look for cold-pressed products, the lighter in color the better, which she says tends to be a reflection of purity. The consistency should be thick and syrupy. “You probably want to get it in a glass bottle,” she added. “If something is in plastic, it’s more likely to get rancid or leach.”

Russak suggested consumers pay attention to actual processing whenever possible. “Castor oil comes from the beans of a natural plant, but where do the beans come from, how are they stored? Are they covered in pesticides to protect them from bacteria and mold — and are those pesticides being processed together with the beans to produce the oil?” she asked. Research is key to finding a high-quality product.

Both doctors also pointed out that just because something is natural doesn’t mean it’s good for you — and that “all natural” is not always better or more effective than scientifically formulated products.

Though there’s no reason to turn our backs on products that have been in use and worked well for ages, such as castor oil, Russak said: “We do have a lot of ingredients that we know work. I don’t want my patients to just completely put aside everything that science has created up until now and jump into everything that is organic and natural.” She cites retinol and retinoic acid, which were developed as anti-aging ingredients in the late 20th century. “The original form of retinoic acid is Vitamin A,” she says. “So, let’s not forget that.”

Image by Klaus Beyer from Pixabay