Every 8 minutes an Australian is diagnosed with diabetes 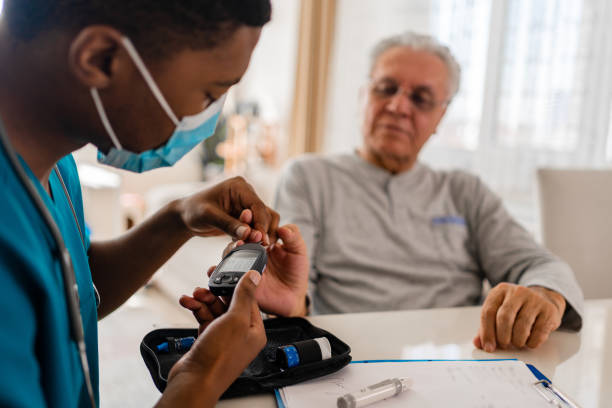 More than 1.3 million Australians received a diabetes diagnosis between 2000 and 2020, according to Diabetes: Australian facts from the Australian Institute of Health and Welfare (AIHW).

Around 63,900 people are diagnosed with diabetes each year, an average of 175 diagnoses a day. This includes type 1, type 2 and other types of diabetes, but excludes gestational diabetes.

Diabetes is a chronic condition marked by high levels of glucose in the blood. It is caused either by the inability to produce insulin (a hormone made by the pancreas to keep blood glucose levels in range) or by the body not being able to use insulin effectively, or both.

For the first time, linked National Diabetes Services Scheme and Australasian Paediatric Endocrine Group state-based registry data has been used to show the sheer impact of diabetes on the Australian population by capturing a clear time series from 2000 to 2020.

‘The report primarily covers type 1, type 2 and gestational diabetes. Overall, the number of people living with diabetes almost tripled between 2000 and 2020 from 460,000 to 1.3 million representing 2.4% to 4.3% of the population (age-standardised). Numbers have stabilised in the last decade, however, 1 in 20 Australians were living with the condition in 2020,’ said AIHW spokesperson Richard Juckes.

Type 2 diabetes comprises over 90% of diabetes cases in Australia, for which there were more than 48,000 people diagnosed in 2020 and 1.2 million (4.5%) Australians living with the condition.

Diabetes is one of many conditions correlated with greater health consequences for people with COVID-19. Of the 4,700 hospitalisations involving a COVID-19 diagnosis in 2020–21, 20% of admitted patients had type 2 diabetes. Similarly, diabetes was a pre-existing condition in 20% of the 3,600 deaths due to COVID-19 between January 2020 and March 2022.

An estimated $3.0 billion of health system expenditure was attributed to diabetes in 2018–19, representing 2.3% of total disease expenditure in Australia.

Todays report includes real life case studies based on interviews. While these personal accounts are not necessarily representative of the circumstances of others and do not contain medical advice, they offer valuable insights into the diversity of people’s experiences with diabetes.

Read more on this topic here: