For International Women’s Day, executives share what rules business leaders should be breaking 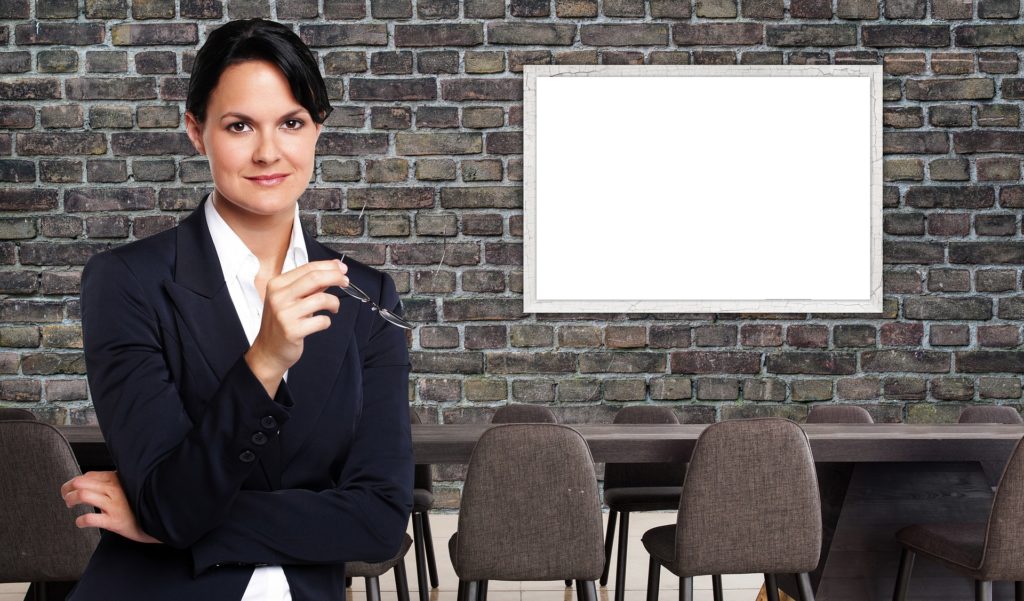 It takes a lot to lead a business. And while there are several things you can do to ensure you’re being the best leader, other rules may best thrown out.

For International Women’s Day, we reached out to female business leaders for their take on what rules are mdbroken in business.

Hattingh said we need to eliminate the ‘hard metrics’ of women in leadership roles.

“In the past, I’ve witnessed businesses fail women by hiring them into leadership positions to meet quotas and appear diverse. In reality, when someone is not ready for a role they should not be given it – regardless of their gender. Implementing rigid metrics not only fails emerging female talent, but it fails their teams and can be detrimental to company culture too.”

Instead, Hattingh suggests upskilling and mentorship for women.

“Hire more women early in their careers, create upskilling programs and offer them mentors who sponsor, coach and take them on a journey to become leaders within your company,” she said. “Even if they leave for another opportunity, they will be forever grateful for the career development and successful path you set them on.

Sarah Liu said business leaders should ditch buzzwords and instead be real. “Forget phrases like ‘strategic imperatives’, ‘agile approach’ and ‘AI mindsets’ – people are craving simplicity,” she said. “Employees and clients alike are looking for authentic, real and direct communication.”

Liu also suggested ditching your own routine and challenging the way you think.

For Carolyn Breeze, it’s tossing out the idea that you can’t be a manager and make friends.

“The only way you can build this culture is to embrace vulnerability. With vulnerability, you can build relationships with mutual trust and support with people focused on the same outcome-this is literally the definition of friends. True leaders lead by example; they are open, trustworthy, vulnerable and genuinely care about the well being of their colleagues as well as success. ”

Anna Ji said leaders should break the idea of “best practice” and shouldn’t assume past performance will predict future outcomes.

“Best practice can give you short term speed since you are copying what others do, but it can cost you innovation and differentiation,” she said. “You end up with average, instead of best, since it’s essentially following the herd.”

Thinking you can do everything for your self is something Geraldine Teboul believes business leaders should break out of the habit of doing.

“Being a senior leader does not mean you know everything,” she said. “In my team, many people have skills and expertise that I don’t have, and that’s precisely why I hired them. They have much better knowledge of certain business areas than I will ever have. I learn from them, and they help me grow in my role.

Teboul also said leaders shouldn’t constantly seek perfection and think that success is all that counts.

For Meggie Palmer, unless they are moral, ethical or legal issues – all rules in business are meant to be broken.

“Most of the most amazing business people in the world have succeeded because they looked at a problem or industry that needed disrupting and set about changing it up in a big way,” she said.

“There are a lot of unspoken rules and expectations in society that it’s almost taboo to go about fixing. We accept that women are paid less than men. We accept that our political leaders do not represent the diverse nature of Australia. We accept that there are more ‘Andrews’ leading ASX companies than women. That’s not ok and we shouldn’t accept it.”

Suzanne Mitchell believes business leaders can break out of traditional 9 to 5 hours and embrace flexible and remote work, and diverse teams.

“This is no longer about simply allowing your employees to work remotely,” she said. “Instead, it’s about encouraging both remote work and collaboration across borders to maximise your business’ success. People are a business’ greatest asset, so leaders should look to embrace diversity across cultures and leverage the different perspectives that comes from working globally.”

Souness believes in the idea of breaking convention.

“So often a brilliant strategic move is not necessarily new, but is simply looking at a conventional approach with a new lens. Culture Amp was not the first employee engagement survey, but it was the first that focussed on impacting behaviours in the workplace, an ambitious and innovative approach,” she said. “Etsy was not the first online marketplace, but it was the first to put sellers first and specialise in handmade goods championing the artist, and keeping cheap copies out.

“All (non-legal) rules should be broken, if it means you can serve your customers better.”

There are two ideas Emma Clark suggested business leaders should break. The first is leaders shouldn’t show compassion and only focus on the business. The second is the idea that information is only shared on a need to know basis.

“Withholding information on a “need to know” basis is a terrible rule as I have always found that people are more engaged and productive when they have context around their role or task,” she said.

Kym Atkins has a legal background and she would advise clients not to break the rules. However, she believes breaking social conventions is worth the risk.

“I would say that I’ve broken the traditional rules of following a single career path by venturing into sectors of fashion and tech, fields which I had no previous experience in,” she said. “I certainly didn’t think I’d be a co-founder of a disruptive fashion tech platform enabling people to earn money and reduce fashion waste when I spent all those years studying law and how to abide by rules.”

One rule Mina Radhakrishnan believes business leaders should break is the idea that employees need to spend a set amount of time in the office to show that they’re working.

“From my experience the best way to measure quality of work is by the impact employees are having, and the outcome of the business, rather than the amount of face time they have,” she said.

Curzon said leaders need to break the ‘rule’ that they are expected to be ‘hard’.

“We need to break this ‘rule’ and not be afraid to be ‘human’ and establish a culture of kindness where we share failures and learnings,” she said.

“As a leader, you can create a state of fear or a rewards-based environment. Fear may give you a short burst of productivity, but it removes the ability to innovate. People are just surviving. On the other hand, a rewards-based environment that focuses on people’s strengths and needs provides a long-term boost in creativity and performance. You build trust among teams. You show them what awesome looks like, and get out of their way.

“When the average woman retires with 47% less superannuation than men, and mothers a whopping 60% less than fathers, extended time off is a luxury few can afford,” she said. “What’s more, employers don’t have to pay super during parental leave and Protect Your Super (PYS) legislation renders super accounts inactive when no contributions are made over 16 months — the average time taken for parental leave.

“No one should be penalised for taking the time to raise their children. It’s necessary for us all to have time with our parents at the beginning of life.”

Abigail Forsyth said business leaders must break the presumption of shareholder primacy – the idea that shareholder interests should come first.

“Only swift and drastic action will save our children from a bleak future,” she said. “Business leaders have a key role in pivoting business models to reduce our impact on the planet, get to net carbon zero and be part of the circular economy. There is no business on a dead planet. To survive, organisations must respect the communities in which they operate, the health of their employees, their stakeholders, and the environment.”

The two rules Silvia Pfeiffer believes business should break are taking every meeting and taking all offered money.

“While there are good and bad meetings, you should always consider whether it’s absolutely necessary to attend,” she said. “Is the person serious about becoming a customer? Are they going to help in taking you to the next level?

“Similarly with accepting capital – if you are offered investment but the investor is not interested in where your business is going and just wants to make money, your goals probably aren’t going to align.”

“Stoicism in business is celebrated in an unhealthy way – those stepping into a leadership role often try to model their managerial style off those that have come before them, and unfortunately the all too common mould of a leader is one with a stiff upper lip,” she said.

“Self-restraint and fortitude is not something today’s leaders should be feeling burdened with. Showing vulnerability as a leader is one of the most empowering things you can do for your employees, and it starts by recognising that collaborating and asking for help does not make you weak or ill-equipped to lead. It actually shows how much you trust in your team and your open mindedness is hearing new, innovating ideas.”

For Susan Entwisle, it’s about ditching the hype and investing in skills in IT. “Women are under sponsored and over mentored,” she said. “This is slowing progress for gender equality in the workplace. Companies need formal sponsorship programs to uplift talented women.”

“My advice for women in technology is to turn their fear of failure into fearless action and never shy away from being bold, confident and strong-willed,” she said.

Inga Latham suggests leaders shouldn’t subscribe to the business hierarchy. “Sit with your teams, work with juniors and encourage everyone to give you feedback,” she said. Secondly, work outside of your job description. This is the quickest path to growth, getting a deeper understanding of how a business works, and creating visibility of your capabilities.”

The belief that asking questions is a sign of weakness is a rule Jamie Nelson believes leaders should forget about.

For Hobley it’s removing the idea that we shouldn’t discuss personal issues at work. “If we had a culture where it was OK to talk about the important issues, employees wouldn’t feel the need to hide them,” she said. “Modern business leaders must embrace the personal to get the most out of their professional workforce.”

Image by Gerd Altmann from Pixabay