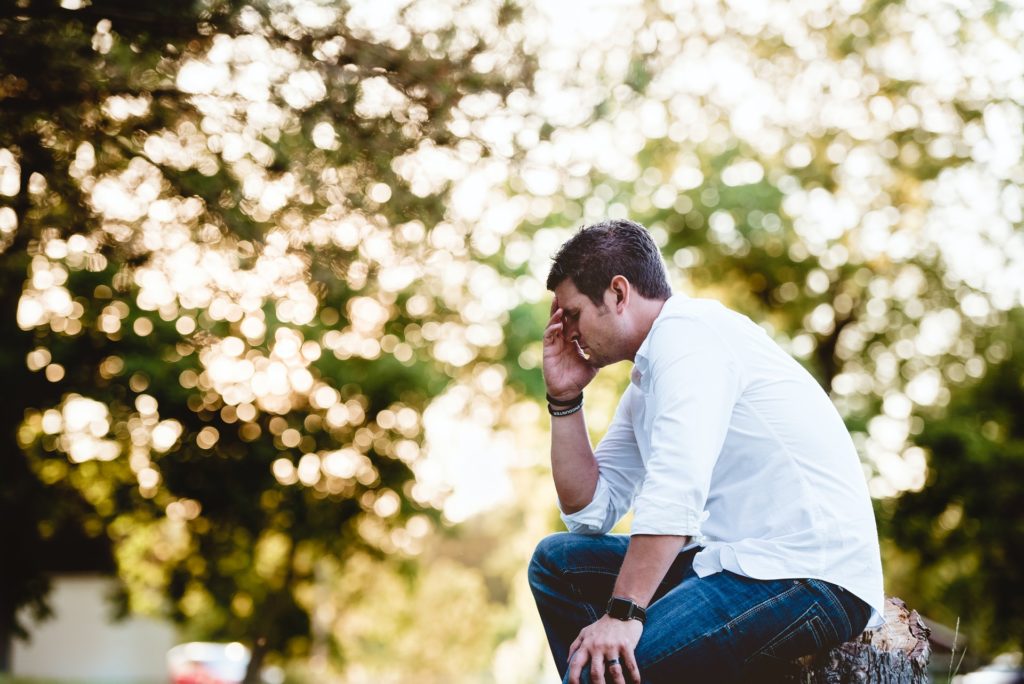 An initiative which started as a way to get men from the South West Sydney region to open up about their mental health struggles has proved more vital than ever as the community deals with the worsening COVID-19 pandemic.

Basim Shamaon lives in the Sydney suburb of Fairfield. He immigrated to Australia from Iraq in 2003 and admits the transition into his new life was “terrible”.

“Starting a new life is not easy, being vulnerable, not knowing anything, of course to learn the new language, to understand the system, to adapt to a new culture, it takes time for the person to settle,” he said.

At just 15 years of age, he arrived in Australia having left everything behind in war-torn Iraq.

“I don’t want any Australians to see what I saw.”

Shamaon, who had little English at the time, said he didn’t discuss his struggles with anyone and wasn’t aware of the services available to help him.

He explained that men like himself, from Middle Eastern backgrounds, often don’t talk about their mental health struggles.

Shamaon eventually found comfort in volunteering with his local community and was able to overcome his struggles. But he admits that, had he known then what he knows now, he would have sought help from a professional.

Today Shamaon is hoping other men can learn to speak up and seek help. He was approached to take part in the We Are Men project to openly discuss his own mental health struggles while encouraging others to do the same.

“There’s that fear to speak up, there’s a fear to say I’m stressed, I’m depressed, I’m not feeling well, simply because we are men as the project is called,” he said.

“This was an opportunity for me to promote mental health for men.”

Shamaon said now, more than ever, it’s vital for men in South West Sydney to reach out for help as they deal with the pressures of the COVID-19 pandemic.

“One-hundred per cent their mental health, it’s worse now than before.”

Getting men to talk

The We Are Men project was commissioned by the South Western Sydney Primary Health Network, a not-for-profit health organisation, to tackle male suicide rates.

Nine Australians die every day by suicide. Seven of those nine daily suicides in Australia are men – more than 75 per cent.

In NSW there were 104 suspected or confirmed suicide deaths reported from January 1 to January 31 in 2021, according to the NSW Suicide Monitoring and Data Management System. This figure was substantially higher than the number of deaths reported within the same period in 2019 (75) or 2020 (81).

Carl Mason, the interviewer for the We Are Men project and the co-founder of Docobites, the creative video agency that produced the videos, filmed 10 men from the South West Sydney region. Each man has strong ties within their community and shared their own stories of mental health struggles in a bid to encourage other males to be proactive about managing their mental health.

Mason also took part in the project and opened up about his own experiences.

“I have been suffering from mental health issues for most of my life and never really even considered that getting help for it was an option, which I think a lot of men feel the same way, especially depending what kind of culture you grew up in,” he told Insight.

“You know, the don’t talk about it, suck it up, just deal with it, is what you’re taught to do.

While Mason supports the advice which encourages those struggling to speak to their GP, he admits that there are a range of local community services available that he never knew about.

“Our goal is to make men aware that these organisations exist because there’s lots out there and most people I speak to don’t know they exist,” he explained.

“So we’re really just trying to connect the men who need the help to the services that are providing the help and make that more of a direct connection.”

Mason said the current COVID-19 pandemic is only putting increased pressure on men in the SouthWest Sydney region.

“Even before coronavirus, looking at the suicide rates of young males is appaling,” he said.

“With things getting harder and people having no community connection that’s only going to get worse. I think it’s one of the most important things men can do is to reach out and stay connected.”

The We Are Men project, which started back in April, just released the final two episodes of season one.

So far close to 750,000 men have joined the conversation, which through video stories, a podcast, and an app, highlights local services.

Mason hopes the project can continue, and through further funding, one day branch out into other areas.

For Shamaon, who is living in one of Sydney’s COVID-19 hotspots, his message to men in the community is to stay strong and seek help during the tough times.

“Stay strong, we will get through this … there are a lot of services out there who will be more than happy to talk to you and provide you with support and assistance so please reach out.”

If you are in an emergency, or at immediate risk of harm to yourself or others, please contact emergency services on 000.

If you want to seek further information or help you can call Lifeline on 13 11 14 or visit lifeline.org.au. You can also text Lifeline on 0477 13 11 14 and follow the prompts. You can also call the Suicide Call Back Service on 1300 659 467 or visit suicidecallbackservice.org.au.

To find out more about We Are Men visit www.wearemen.com.au.

Photo by Ben White on Unsplash