New campaign focuses on cultures of high-risk drinking in hospitality 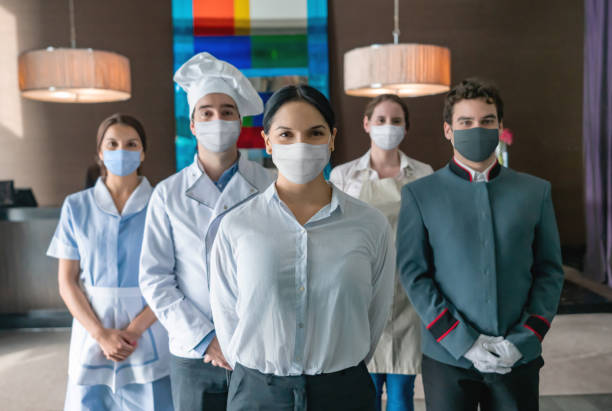 A new campaign aims to challenge the cultures of high-risk drinking among male hospitality students and workers.

The ‘Hospo Drinking Culture’ campaign is a partnership between Monash University, Turning Point and Chisholm Institute, and is one of several projects funded by VicHealth’s Men’s Risky Drinking Initiative to raise awareness of and shift the elements of practice that influence men’s high-risk drinking.

Through a series of short animated documentaries, the campaign features personal stories of how men are navigating and changing hospitality drinking cultures to facilitate low-risk drinking, alternative ways of winding down after a shift, and care between hospitality workers.

The animations were informed by previous research, which was undertaken to better understand the social worlds where men are drinking alcohol at high-risk levels. The research found that of the four male social worlds examined, metropolitan-based hospitality workers reported themselves to have the highest proportion of high-risk drinkers and indicated high-risk drinking activity on a more regular basis.

Many hospitality students and staff agreed workers drinking within hospitality workplaces was more common compared to the “average” Australian workplace.

“As part of the current project, we surveyed almost 300 hospitality workers and students, and conducted 40 in-depth interviews to gain an understanding of the experiences, settings, shared meanings, skills and practices of alcohol consumption in hospitality,” said Monash University researcher Dr Michael Savic.

“Hospitality work can be really rewarding, but it can also be demanding, stressful, undervalued and precarious and the COVID-19 situation has amplified this precarity. Challenging hospitality work rhythms, conditions and environments can place a toll on physical and mental health which can contribute to drinking.

“These animations describe workplace-driven stressors and tell the stories of how real people have found other ways for colleagues to debrief, bond and relax after a demanding shift. The experiences highlight the role that workplaces can play in cultivating healthy work environments and reduce high-risk drinking, which can lead to an improvement in the health and wellbeing of staff.”

The Hospo Drinking Cultures website features five animations as well as ways to support culture change and wellbeing in the hospitality industry.

VicHealth CEO Dr Sandro Demaio said, “It’s concerning that some hospitality workers feel pressure to be part of a drinking culture, a culture that has been perpetuated by the alcohol industry.”

“These animations highlight ways to reduce harms from alcohol products by encouraging alternative methods of staying connected with colleagues.”

Chisholm CEO, Stephen Varty adds, “At Chisholm Institute, we take pride in our efforts to continuously provide our students with the most up to date and researched educational offering possible. Our partnership with Monash University and Turning Point will help to arm our students with an understanding of safe and sensible alcohol consumption in hospitality. From this, they will be able to make informed decisions as they transition from education into the hospitality industry.”

“We are hoping that people start a conversation with their colleagues, fellow students and teachers about how to support alcohol culture change in hospitality workplaces,” said Dr Savic.