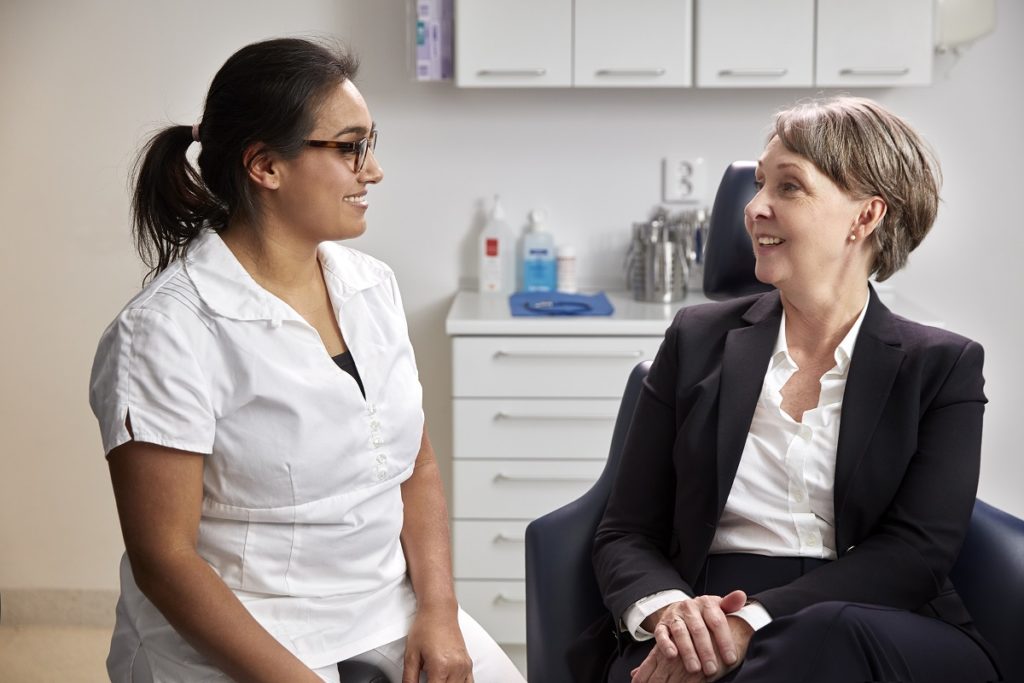 Is there a connection?

If someone is affected by progressive memory loss and their linguistic expression, sense of direction, thinking and judgement are impaired, they might have Alzheimer’s disease. When researching the cause, a periodontal pathogen is also in focus. This indicates that good oral hygiene should be considered a preventive measure.

Alzheimer’s disease is the most common form of dementia. It can occur as early as around 65 years of age but is more common in older people. In those over 90 years of age, 40–50% are affected. Worldwide, 24 million people are assumed to be affected, and in 2022, an estimated 487,500 Australians are living with dementia. Alzheimer’s disease leads to a permanent degeneration of nerve cells and, thus, progressive personality changes. These changes impact the patient’s ability to perform daily life activities, which causes considerable stress for the individual and their relatives.

High blood pressure, circulatory disorders in the brain and pollutants are considered causes for the development of dementia. Interestingly, other factors such as age, diabetes, genetic predisposition and lifestyle, for example diet, are also risk factors for periodontitis (inflammation of the gums and bone supporting teeth). After evaluating numerous studies, an English team concluded that the evidence for the connection is still insufficient, but that dementia or cognitive impairments and poor oral hygiene are mutually exclusive risk factors.

A pathogen connects Dementia and Periodontitis

Accordingly, the evidence of cause–effect relationships is ambiguous, but recently, it has been confirmed that periodontal pathogens are involved. Porphyromonas gingivalis (Pg) is a typical lead pathogen for gum disease which rarely occurs in healthy people, but is all the more present in a chronically damaged periodontium (the supporting structure for the teeth). Researchers have detected the bacterium and its neurotoxins in the brains of 70 percent of deceased Alzheimer’s patients and in the saliva of all patients–higher concentrations were present in more pronounced neuron damage.

How the pathogen spreads

In cases of periodontitis, pathogenic oral microorganisms can enter the bloodstream via inflamed gingival pockets and access the entire organism. This can occur during dental procedures such as professional teeth cleaning or extractions, but also during chewing and toothbrushing. Many years, even decades, can pass between the manifestation of chronic periodontitis in middle age and the first symptoms of Alzheimer’s. The Pg pathogen triggers and maintains inflammatory processes in the brain, causing brain cells to decay, which then leads to Alzheimer’s disease. Signs of Pg activity were found when there were signs of Alzheimer’s disease in the brain, but no dementia symptoms. This was taken as evidence that poor oral hygiene was not a consequence of dementia but rather a triggering factor.

The importance of maintaining oral health

Oral hygiene can be a challenge for all elderly, but even more so when they start forgetting to take care of their teeth or lose interest in doing so. Poor oral health status can affect wellbeing and quality of life and can also cause local pain or, more seriously, aspiration pneumonia. Therefore, as soon as possible after diagnosing Alzheimer’s, oral health care should be considered, planned for and included in the patient’s routine health care.

It is encouraging that advances in Alzheimer’s research could lead to new therapies. In addition, preventing the development of oral diseases through proper oral hygiene could, besides contributing to a better quality of life, most likely also benefit general health in the elderly. Doubtlessly, the healthcare sector has an important mission in creating and spreading public awareness of the connection between oral health and general health.