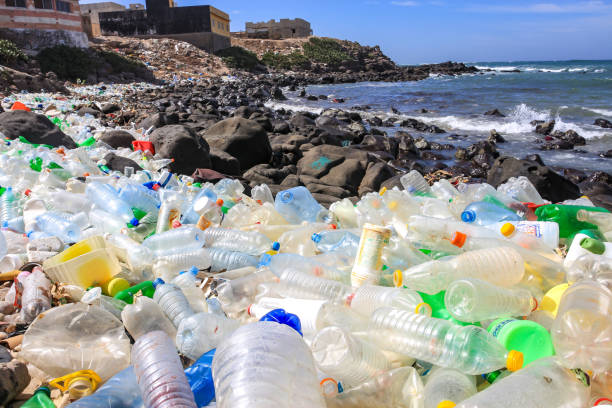 More polystyrene is being collected from the nation’s largest waterways than any other type of plastic, supporting a national government push to phase out its use in consumer products by the end of the year, according to new research from Conservation Volunteers Australia released today.

CVA CEO Phil Harrison revealed over a quarter-of-a-million pieces of litter – about 80 per cent of it plastics –had been removed from eight key river systems flowing into the Great Southern Reef, which stretches from Brisbane to Perth, by over 3,000 everyday Australians since CVA launched its #SeaToSource program in partnership with the Federal Government 18 months ago.

Mr Harrison said polystyrene led the Top 10 litter items collected along with plastic food wrap, while cigarette butts also featured highly, despite national smoking rates halving in the past two decades. In contrast, plastic utensils and bags came in at #9 and #10 respectively, suggesting bans were starting to have a positive impact.

Mr Harrison encouraged everyday Australians, businesses, and politicians to sign up ahead of the #SeaToSource National Day of Action this Saturday (April 23 2022) by visiting the CVA website, or going straight to conservationvolunteers.com.au/preparing-for-flood-recovery/, with events in every state capital.

“It’s critical for the nation’s environmental and economic recovery that Australia’s world-famous riverbanks, bays and beaches are “dressed for success”, particularly following the floods and border closures,” he said.

“Australia ranks number one in the world for its coastal, nature and wildlife tourism and, with global borders reopening after two years, it is doubly critical for environmental and economic recovery we all lend a hand.

“Once small plastics like polystyrene enter the water, they’re both a major threat to wildlife and food chains, and near on impossible to remove, which is why we need as many Australians to lend a hand as we can.

“Many people also don’t realise cigarette butts are considered plastic waste, not paper, and therefore don’t breakdown, ensuring they remain a major threat to marine wildlife health so long as Australians continue smoking. This once again demonstrates the clear intersection between a healthy planet and healthy people.

“It’s also important everyday Australians aren’t left to clean up the mess alone. Particularly given the major role business and industry can play in preventing plastic waste entering our waterways in the first place.

“Many of the nation’s business leaders have proactively got behind the national government push to phase out consumer polystyrene plastics by the end of 2022 and we encouraged more of them to do more.

“Whether you can lend a couple of hours or a couple of days, there will be nature volunteering experiences to suit everyday Australians, every day.”

In March 2021, the Federal Government released its National Plastics Plan, declaring it would take the fight against plastic waste to a new level, from plastic free beaches, to ending the confusion over household collection systems, declaring war on cigarette butts and putting an end to polystyrene consumer packaging.

The Plan includes an action for government to work with industry to phase out certain polystyrene plastics, such as those used in consumer packaging (July 2022) and food and beverage containers (December 2022).

Federal Assistant Minister for Waste Reduction and Environmental Management Trevor Evans also encouraged Australians to sign up ahead of CVA’s #SeaToSource National Day of Action on Saturday (April 23 2022), saying small plastics and litter being washed out to sea were particularly threatening marine habitats, and the wildlife and humans relying on them for food.

“Prior to the floods, the CSIRO found marine litter was around 75% plastic, with 99% of sea birds ingesting plastic by 2050, while others predict ocean plastic outweighing fish by 2050,” Mr Evans said.

“That’s why the Morrison Government committed $5 million in partnership with Conservation Volunteers Australia to tackle marine plastic head on.

“Our partnership with CVA has seen over 250,000 pieces of plastic and litter already removed the past two years. To put that in context, the CSIRO found it takes as few as 14 pieces of plastic to kill a sea turtle.

“Now think how many wheelie bins and other household plastic and waste washed out into our waterways from the floods and it’s important we act now to minimise the damage. The same goes for the wildlife displaced and habitats damaged by the floods.”

Mr Harrison said a flood of ongoing volunteers was also needed to help blitz recover and repair waterways – and the wildlife habitats relying on them – from Brisbane down to Sydney following the recent rain deluge.

“Over 12,000 Australians signed up to help nature recover post the 2019-20 Black Summer Bushfires and we would love to see a similar flood of support.”

Conservation Volunteers Australia’s #SeaToSource program has removed over 250,000 pieces of plastic from riverbanks, bays, and beaches since 2020 thanks to about 3000 volunteers turning out, while CVA’s national nature recovery and resilience portal saw 12,000+ Australians sign up following the 2019-20 Black Summer Bushfires. Both are partnerships with the Federal Government for $5m and $2.5m respectively.

CVA’s volunteer portal takes registrations from the public and matches them with CVA projects, councils and other local environment and wildlife groups requiring assistance with nature recovery and resilience efforts.

The Kidney Kar Rally Returns in 2022