Sixth sense: the science behind intuition 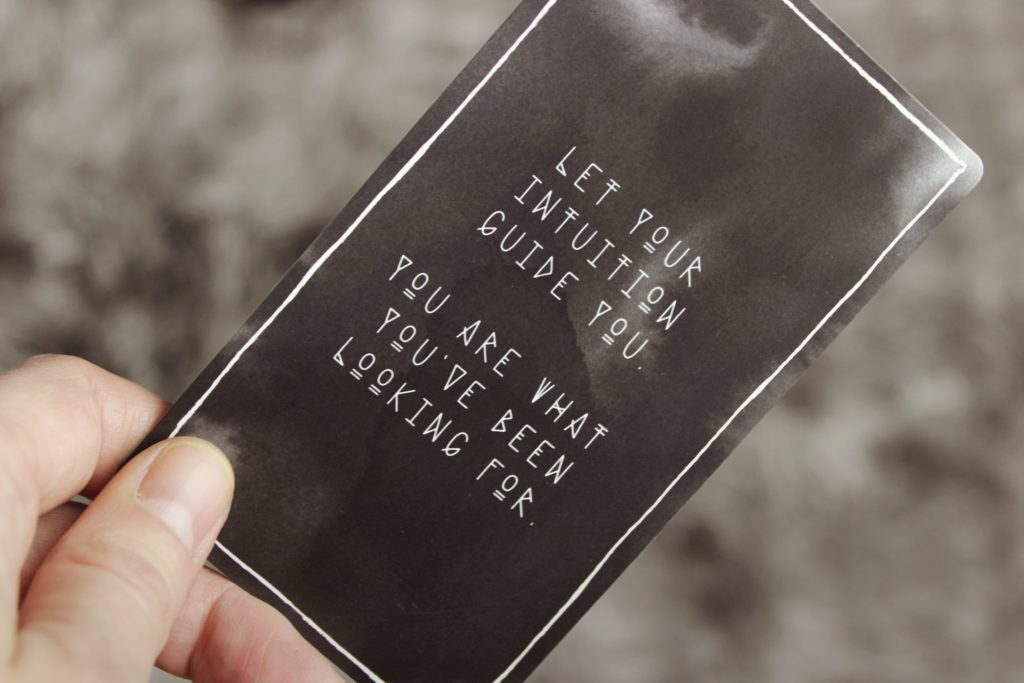 We’ve all had moments when a “gut feeling” – whether good or bad – affects our judgment. And while often dismissed as spiritual mumbo jumbo, this “sixth sense” may be scientifically provable.

Some years ago, the University of NSW psychologist and neuroscientist Professor Joel Pearson realised that, every now and then, he was getting a strange feeling while reading an academic journal paper.

“I’d get a kind of ‘something’s going to be weird about this paper’ feeling,” he explains. “It would happen within a paragraph or two, but I’d have no idea what it was. So I’d make a little note and go on. I never judged the whole paper based on that feeling. But what I found is that when I’d had that feeling, I’d be more likely to find something wrong with the paper: something weird about the method, or something ill-defined, or that they’d missed a control condition, or left out some area of research.”

Intuition is an ancient concept, and most of us are familiar with it in our own lives. It’s a feeling we get occasionally: a kind of sixth sense that often comes in the form of a sudden, mysterious impulse towards a particular decision: I can trust this person; I shouldn’t walk down that dark alley. But Pearson’s experience with academic papers made him wonder. Despite the fact that most people accept the idea of intuition, there was little scientific evidence to support its existence. What if the phenomenon were not just an intangible sensation; “not woo woo, not New Age, not some spiritual feeling.” What if, in fact, it was scientifically provable fact?

The Future Minds Lab of UNSW has seven small rooms branching off the end of a central corridor, labelled with letters of the alphabet and containing computer screens propped up with textbooks called things like Psychology and Principals of Neuroscience. Pearson ­– a slim, engaging man with dark hair who seems both intensely focused and slightly distracted – is founder and director of the lab, and it was here that he and fellow researchers Galang Lufityanto and Chris Donkin conducted a 2016 study to prove the existence of intuition, which they defined as “the ability to make successful decisions without rational, analytical thought or inference”. In doing so, they pioneered a way to measure such information scientifically.

The study asked participants to assess the direction of dot movement on a computer screen, while simultaneously viewing either positive or negative images (babies and puppies, versus guns, snakes and so on) using a technique known as continuous flash suppression, in which images don’t register consciously. “You have no awareness of seeing them,” says Pearson, “but your retina’s registering them, your amygdala’s reacting to them, they’re all still being processed in your brain.”

Yes. Moreover, “the harder the decision task, the more benefit subjects got from the images. Their response times also got faster, and they felt more confident about their decisions.”

In the real world, we can see how this experiment helps explain intuition. Say we enter a restaurant we’ve never visited before. Without our conscious awareness, our brain processes a raft of information: the floor is dirty, the flowers are fake, there’s a smell. Instantly, it correlates that information to previous experiences in restaurants: dirty floor plus fake flowers plus weird smell equals bad eating experience. We don’t consciously perceive any of this, just as experiment subjects didn’t perceive the emotional images. All we perceive is a sudden, strong intuition: no, we should not eat here.

Pearson’s experiment helps define two important characteristics of intuition: that it’s swift (we open the door of the restaurant and think, “No way”) and it’s physical. This is because intuitive judgements involve processing in the amygdala and other limbic areas, the ancient, instantaneous flight-or-fight system of our brains. It’s no coincidence that another name for intuition is “gut feeling”. We instantly feel sick, or our heart rate rises, or we start to sweat.

In the intuition experiment, subjects displayed increased skin conductivity (a measure of how much they’re perspiring) when presented with emotional images. In real life, changes can be subtle: we might not physically feel any different as we enter the restaurant. But our brain notes them, and feeds them into its intuitive decision: food poisoning.

Intuition has other characteristics, too. It can, for instance, be wrong. We decide, within a few seconds of meeting a co-worker, that we don’t like him. Three months later, we realise he’s excellent. This is because intuitions are generalisations based on past experience, not infallible divinations of the future. Just because all the people we’ve previously met who wear an eye-patch and carry a cutlass have turned out to be gravely lacking in interpersonal skills, doesn’t mean Roger from accounts will be, too: no generalisation can faultlessly predict the particular.

And finally, intuition can be affected by change – either in ourselves, or the world around us. Pearson has spent the years since the 2016 paper thinking about the qualities of intuition – especially this last one. Under what circumstances does intuition become more, or less, accurate? Recently, he’s devised a five-point toolkit to help the average person decide when and where to trust their gut.

Only use your intuition in situations where you have expertise and experience.

Malcolm Gladwell’s bestseller Blink opens with a perfect example of this rule. In the 1980s, the Getty Museum in California purchased a rare Greek statue for just under $US10 million.

It had all the relevant provenances; its marble was traced to an ancient Grecian quarry; its surface was covered in calcite, a patina that develops over many centuries. There was no reason to doubt its authenticity.

But when three experienced art historians (and later many more) saw the statue, they instantly “had a hunch” it was a fake – and they were right. The statue turned out to be probably less than 10 years old; it appeared to be a pastiche of several other statues; its documents were false; and the calcite might have been created in a few months using potato mould.

How did the historians know? Because they had decades of experience and expertise with authentic statues, and all this knowledge (much of it unconscious) was able to be instantly – and accurately – brought to bear on this new decision.

Don’t use intuition at moments of high emotion.

As Pearson puts it: “If you’ve just won the lottery, fallen in love, or broken up, don’t use your intuition.” This is because emotional arousal, positive or negative, can confuse intuitive signals. Say you’ve just had a huge argument with your partner. At such moments, many people rely on their gut feeling to decide what happens next: should I stay and try to work things out, or should I break up with this idiot immediately? The field guide, alas, has no answer to this question, but what it does say is this: calm down before deciding anything.

How many of us have arrived at the beach and suddenly become convinced we’ll be attacked by a shark if we go in the water? (Guilty.) Or we’re about to get on a plane, and become convinced it’s going to crash? (Ditto. Ditto mucho.) Pearson says both scenarios are moments when intuition is useless.

“Because of the way our brains work, ideas like this take up a lot of space,” he says. “They’re graphic, they’re scary, so they really engage our amygdala and we have a really powerful response to them: we immediately get a feeling, ‘Oh, the shark’s going to get me.’

But they’re super-low probability events. Probability is one of those things our brain’s just really bad at judging. So we should not use our intuition for those decisions.”

What is a primal brain impulse? Appetite. Lust. Fear. Aggression. The basic survival instincts, in other words. Apparent intuitions driven by any of these qualities should not be trusted. For example, says Pearson, “I take issue with this idea of ‘intuitive eating’. There are evolutionary reasons why we want to eat fat and sugar and carbs, and those brain reward systems can feel like really powerful intuitive responses. But in fact, ‘I should eat that whole block of chocolate’ is not an intuition.”

In a new environment, don’t trust your intuition.

If the skill set is the same, but the environment is different, don’t use your intuition. This may seem odd at first. Baseball scouts, for instance, are famed for their intuitive ability to judge young talent. So you may assume that a baseball scout from the US would have good intuitions about promising players in Japan. Same game, same skill set, after all. But context is everything.

There may be cultural differences in Japan that mean young players behave in crucially different ways to their US counterparts; social norms may make it impossible for an American to pick up and interpret things like body language or confidence. New settings can scramble the unconscious signals that intuition relies on.

One final point about the field guide, which will be appearing in book, workshop, and possibly app form within the year: “You should check all five points before you act on an intuition,” says Pearson. If that feels like a high bar to clear, well, that’s good science. And maybe it’s also the final proof of intuition’s value. Even in the ivory towers of academia, after all, gut feeling matters.

Photo by Jen Theodore on Unsplash

Nose sprays, needle-free patches, durable immunity: towards the next generation of COVID vaccines