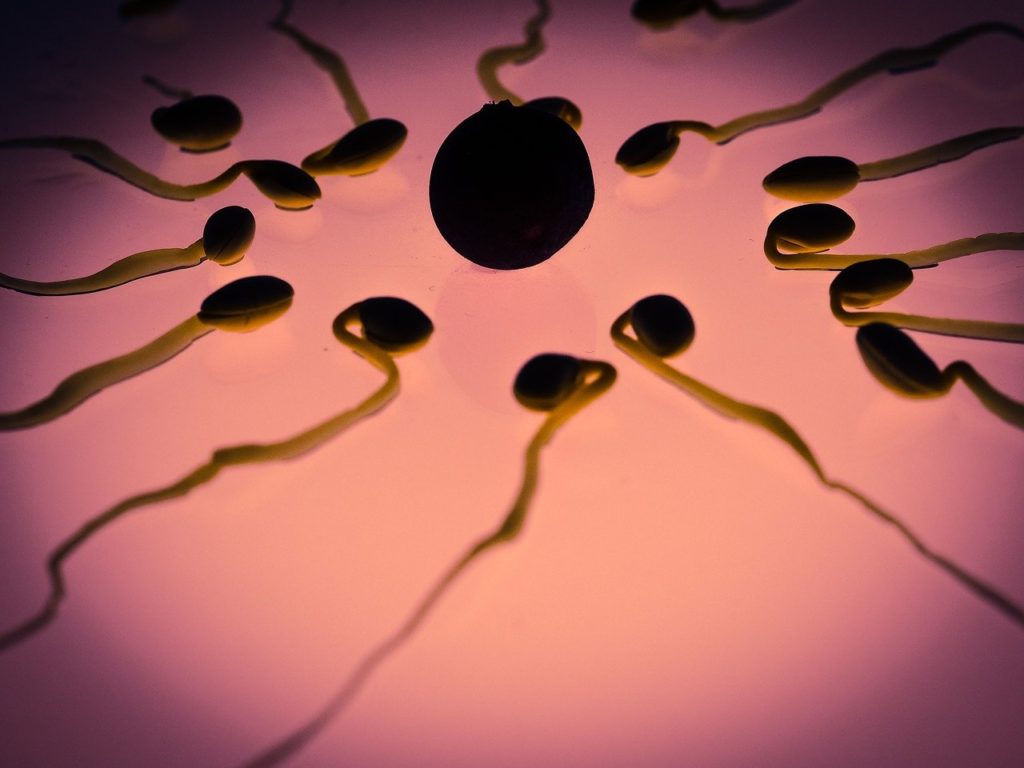 Like so many harmful things – the persistence of the mullet, the Dancing in the Street video, Jerry Hall’s availability to make Rupert Murdoch happy – it’s partly Mick Jagger’s fault. But also Bernie Ecclestone’s. And Rod Stewart’s. And David Jason’s. And, in fact, Rupert Murdoch’s.

All those famous, wealthy men became fathers again well past 60 (in Ecclestone’s case, one year off 90), and in doing so helped perpetuate one of the great myths of male health: that, unlike women, the chances of men being able to conceive is the same regardless of age.

This week came the latest study to kibosh that idea, finding that there really is a male biological clock – and it starts ticking early. Analysing data from 4,300 couples undergoing fertility treatment, the study by the Centre for Reproductive and Genetic Health in London found that the probability of a live birth drops by a third if the father is over 50.

“There may well be a public perception that male fertility is independent of age,” Dr Guy Morris, from CRGH, said when he presented the results at a reproductive conference last year. “Stories of celebrity men fathering children into their sixties may give a skewed perspective on the potential risks.”

The short conclusion to Morris and his team’s study, published in Acta Obstetricia et Gynecologica Scandinavica this week, put it in the plainest terms possible: “There should be a public health message for men not to delay fatherhood.”

It is well-established that men, in general, spend very little time pondering their own health. Aches and pains go ignored, twinges dismissed, check-ups avoided. Statistics bear this out. Yet even with that taken, the level of head-in-the-sand about basic fertility issues – such as how likely it is that problems conceiving might be to do with them – is alarming. A central myth holds that there is no reason why you shouldn’t be able to conceive well into your seventies, like Jagger.

“You produce sperm your whole life, as a guy, so in theory you could father a child in your 90s, but the problem is we know that sperm quality starts to go down from your twenties,” says Dr Jeff Foster, a GP in Warwickshire whose recent book, Man Alive, sought to encourage men to understand their bodies better and see health issues as less taboo.

“From the age of 30, your testosterone naturally starts to reduce as well, and then other lifestyle factors start to impact. So actually, whilst the potential is still there, in reality men become less fertile simply as they age. So it’s a really, really bad idea, if you have a known medical problem, to think you can put it off until you’re 40.”

Women over the age of 25 can often be heard discussing their “body clock” with friends. Men are much less likely to worry or talk about the best time to start a family, yet they are just as likely to play a role in fertility problems, says Foster. “What we say is there’s a rule of three [when it comes to reasons why a couple is having problems conceiving]: one third are men, one third are women, one third we don’t know. It’s almost exactly equal, but it’s the women who always get focused on and tested.”

To change that, men could do with understanding that both their sperm health and production is just as vulnerable to ageing and a poor lifestyle as the rest of the body. Just because Mick Jagger or Bernie Ecclestone can have a healthy child at an advanced age, doesn’t mean anyone can. “They’re rare cases, and extremely unhelpful,” Foster says. “By highlighting a 70-something celebrity saying ‘Look! I’ve had my 17th kid with my wife, who’s 25,’ is not going to apply to 90 per cent of the population, because most people’s fertility will go down.” Professor Charles Kingsland, group clinical director at the CARE fertility group, says we should think of men as sperm factories. It takes somewhere between 60 and 80 days to make a sperm, and then when it’s ejaculated, the body makes more.

“As we get older, the sperm factory isn’t as efficient as it was. It slows down. And there is an increased risk of defective sperm,” he says – and the chance a child will be born with a disability.

“When women come into the clinic having fertility issues, they’ll have already reduced drinking, smoking, changed their lifestyles. Whereas guys will have done absolutely nothing. And they often don’t, because it requires changing their life.”

“Women, on the other hand, are egg warehouses. They can’t make more, and she absolutely cannot make them better quality. But she can help to defer their deterioration – by stopping smoking, losing weight, cutting down drinking and things like that. A woman’s fertility drops like a stone after 35, but men’s viability deteriorates later, at 45 or 50. After 50, it drops off a lot.” Foster argues it’s even younger – “a smooth but progressive downhill from 30″, especially since making lifestyle changes is harder in your fifth decade than in your third.

“Women will often plan for it, they’ll think, ‘I’ll have my job, then I’ll do this or that and get healthy, then get ready to have some kids…’ Guys don’t think like that. They think they can have their kid any time, and drink and get fat in their 30s and think about having kids in their 40s,” he says, the dismay obvious in his voice. “When women come into the clinic having fertility issues, they’ll have already reduced drinking, smoking, changed their lifestyles. Whereas guys will have done absolutely nothing. And they often don’t, because it requires changing their life. Another thing is that they think they have healthy sperm because they can ejaculate. But that’s your semen you can see, not your sperm.”

Improving sperm health looks much like any healthy lifestyle: “obesity is public enemy number one when it comes to fertility,” Kingsland says, but after that it’s important to “keep your testicles cool, eat well, don’t smoke, be fit but not too fit [anabolic steroids are about the worst thing for sperm], and get your babies out of the way early”.

Foster also recommends a couple of vitamins, selenium and zinc, both of which have been found to improve sperm quality. “And there’s some good evidence around shorts and pants too. So while it may be aesthetic to have tight-fitting pants, it’s not particularly good for your balls to be at that warmer body temperature. And check your balls around once a month too, to check for any abnormal lumps that could be raising their temperature, too.”

Headlines were made a few years ago when Dr Shanna Swan, a US environmental and reproductive epidemiologist and author of the book Countdown, found that the total sperm count of men in Western countries dropped by 59 per cent between 1973 and 2011. So, too, had the quality, including the amount of damaged DNA they carried.

The reasons for that decrease could be many – from environmental factors to man-made chemicals – and Swan believes we’re in a perilous place as a species if we continue to ignore sperm health. “In some ways, the sperm-count decline is akin to where global warming was 40 years ago – reported upon but denied or ignored,” she said recently.

Reports like this week’s should nudge a few men into considering how healthy their swimmers are, and what time it is on the body clock. Foster welcomes it. Almost eight decades of hard-living and skinny jeans-wearing might have worked for Sir Mick, but he’s a lucky one.

“There are so many things around men’s health that are social or cultural misconceptions, and fertility is an excellent example of one,” he says. “There’s always exceptions to the rule, and there’s no reason why you can’t have a child at 70, but it’s going to be difficult and not the norm. As with everything else, men shouldn’t just assume they’re OK.”

Image by Thomas Breher from Pixabay