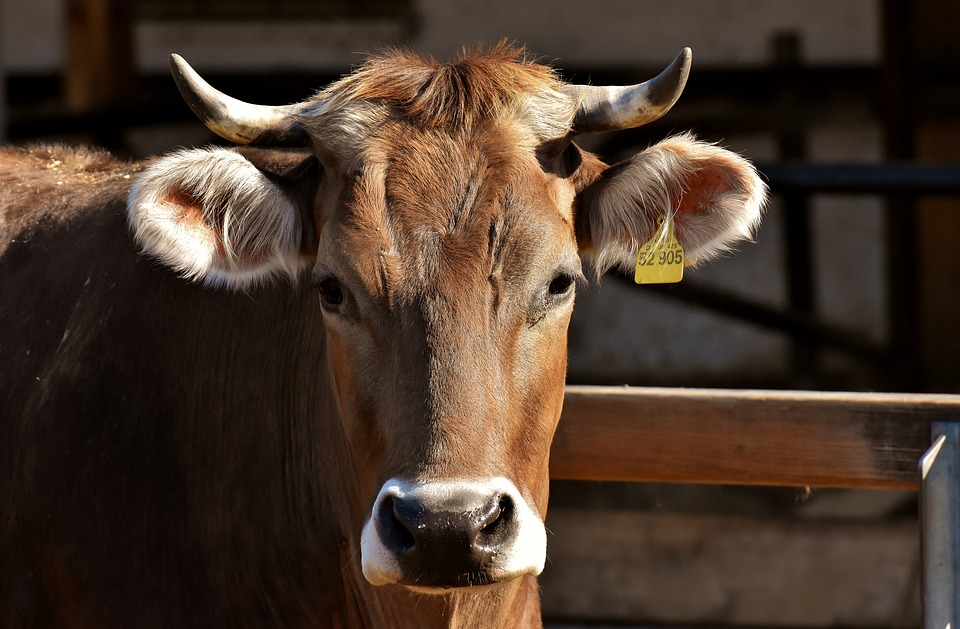 A 15-year-old boy has surprised doctors by contracting cowpox, a historical disease now so rare it has not been seen in Wales for more than a decade.

The teenager, who lives on the Wrexham-Cheshire border, developed lesions on his hands after feeding calves.

Public Health Wales said the last reported human case in Wales was some 10 to 15 years ago.

Cowpox was more common in the 18th Century when milking maids often caught it.

The virus, which is not contagious from person to person, has all but disappeared because industrial farming methods mean fewer people milk cows by hand.

Now it is very rare in both humans and animals, according to Public Health Wales, with feral cats most likely to catch it from rodents.

The boy’s mother, who does not want to be identified because her son is embarrassed, said the calves he had been feeding had nibbled on his hands, causing them to become grazed.

He then developed pus-filled lesions on his hands, arms and feet.

“We were really unsure what it was,” she said. “The one on his ankle was worrying – it was weeping a clear liquid down his ankle.”

After seeing their GP, they got sent straight to the Countess of Chester Hospital, where he was diagnosed with cowpox.

“I didn’t really know what it was, so I was quite concerned. The first thing you do is look on the internet and that’s when I found out it was quite rare,” she said.

“My son was quite embarrassed – it looked quite a mess, they (the lesions) weren’t nice and it wasn’t pleasant for him.

“It took weeks and weeks to go, a long time. He still has some marks on his hands.”

Dr Aysha Javed, who diagnosed the teenager after seeing the distinctive pus-filled lesions on his hands, arms and feet, said it was the first case of cowpox she had seen.

“I think the boy and his family were quite bemused when we told them – I don’t think they expected that to be the diagnosis,” she said.

“I think it was very itchy for him but it wasn’t particularly painful.”

Dr Robert Smith, clinical scientist lead for zoonoses at Public Health Wales, said cowpox had not been reported in Wales for some 10 to 15 years.

“A total of 29 laboratory reports of cowpox were received by the public health laboratories (PHLS) communicable disease surveillance centre between 1975 and 1992 (with a range of 0 to four reports annually),” he added.

The boy was diagnosed about three months ago, but his case came to light when Dr Javed and her colleagues alerted other medics to it during a recent European Society for Pediatric Dermatology annual meeting.

“We have to inform other colleagues about rare cases and, if it’s something that’s going to be re-emerging, public health professionals need to be alerted,” she added.

“We don’t really see cowpox anymore – it’s one of those diseases that went away.”

The British Association of Dermatologists said it was very useful for doctors and members of the public to be aware of “what we might consider historical diseases making a resurgence”.

“Cowpox is quite unusual and, as the doctors note, when you look at a pox-like rash on a child these days the first thing that tends to spring to mind is chicken pox,” a spokesman said.

“Although this resurgence is interesting, it’s not something that is particularly worrying as cowpox tends to be benign in nature to otherwise healthy people.”

In the 1790s Dr Edward Jenner observed that milking maids seemed less susceptible to smallpox. Smallpox was at the time an extremely common childhood infection, which killed about one in five of those who caught it, mostly children under five.

Jenner hypothesised protection was due to contact with cowpox lesions and went on to test his theory on an eight-year-old boy called James Phipps.

In 1796 he immunised James with fluid from a cowpox lesion on the arm of a milking maid called Sarah Nelmes and then, after exposing the boy to smallpox, confirmed he was protected against it.

The word vaccination is derived from “vacca”, Latin for cow.

As a result of global immunisation programmes, the World Health Organisation declared smallpox had been eradicated worldwide in 1980.