Vaping illnesses have been linked to vitamin E acetate. So, what now? 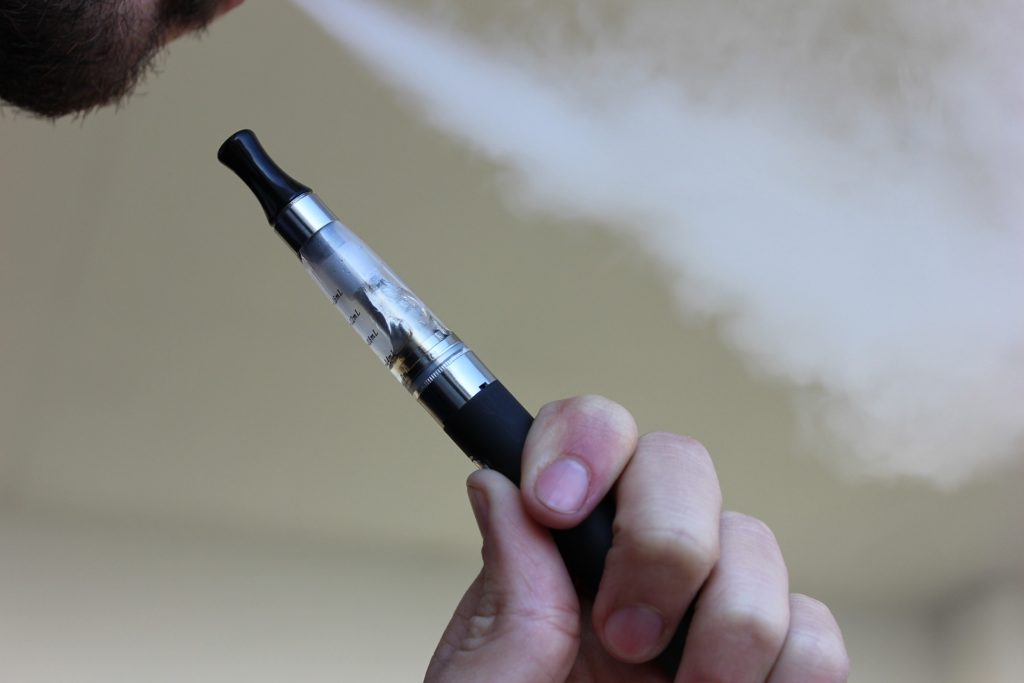 Vaping-related illnesses have killed 39 people and made more than 2,000 others sick — and we might be one step closer to understanding why.

Last week, health authorities in the United States revealed they had made a “breakthrough” in their months-long investigation into the spate of vaping-related illnesses that has plagued the country since August.

The nationwide outbreak (which just recently made its way into Canada) has led to the hospitalisation of thousands of people — mostly young men — with breathing difficulties, chest pain and other symptoms.

By analysing the lung fluids of people sickened in the outbreak, officials at the Centre for Disease Control and Prevention (CDC) have detected for the first time a “potential chemical of concern”: vitamin E acetate.

The sticky, honey-like substance, sometimes used as a thickener in counterfeit or black-market vape juice, was described as a “very strong culprit” by CDC officials.

But they stopped short of definitively declaring it a cause, and warned that other chemicals in vaping products could also be causing harm.

So what do we make of this latest development?

Majority of cases linked to THC

Vaping works by heating a cartridge of liquid that usually contains nicotine — the addictive agent in cigarettes — into a vapour that is inhaled into the lungs.

In addition to nicotine, most commercially produced vaping liquids also contain propylene glycol and glycerol (commonly used in food and pharmaceutical products) and flavouring chemicals. A range of other substances, including cannabis-based oils, can also be added. It’s unknown whether these chemicals are safe to inhale.

Research by the CDC has revealed that 86 per cent of patients with vaping-related lung injuries reported using vaping products containing THC, the psychoactive ingredient in cannabis, in the three months prior to becoming unwell.

While it’s likely many of these products were obtained illegally (through friends, online dealers or on the street), THC oil is also available through licensed dispensaries in US states where marijuana is legal.

Given e-cigarettes have been around for more than a decade, the sudden nature of the outbreak in North America suggests the spate of illnesses isn’t the result of chronic vaping, said Ken Harvey, public health expert at Monash University.

“From an epidemiological point of view, [the outbreak pattern] indicates it’s a form of acute poisoning … from something new that’s been added to vaping products.”

Vitamin E can be eaten — but probably shouldn’t be inhaled

To identify which of the chemicals inside vaping liquids are of potential concern, the CDC tested the lung fluid of 29 people with vaping injuries (including two who had died) for a wide range of substances — including plant oil and petroleum distillates, such as mineral oil.

They found vitamin E acetate in all 29 samples.

The discovery follows similar findings from the US Food and Drug Administration (FDA), which found vitamin E acetate in half of 419 THC-containing vape products used by vaping patients.

The substance, which is found in many foods and cosmetics, has been more recently used as a thickener or to dilute the THC in black market or counterfeit vaping products, Dr Schuchat said.

While it may be safe to swallow or rub on the skin, it is unclear what its effects are when heated and inhaled.

“It may interfere with normal lung function,” she said.

But Miranda Ween from the University of Adelaide’s School of Medicine said there wasn’t enough evidence yet to determine whether vitamin E acetate was causing harm.

“The CDC are starting to make some headway, which is great,” Dr Ween said, “but this doesn’t tell us if vitamin E acetate is the dangerous thing. It just tells us that it’s there.”

CDC health officials said animal studies are now needed to better understand if and how vitamin E acetate causes damage to the lungs.

Does this mean vaping without THC is safe?

Not quite. And vaping should never be seen as harmless.

While most cases of vaping illnesses have been linked to illicit THC, Dr Schuchat said the latest findings do not rule out the possibility of other vaping ingredients causing lung injuries.

“Many different substances and products are still under investigation, including those tested in these samples,” she said.

It’s also important to note that there have been reports of people who have become unwell from vaping THC products bought from licensed dispensaries, as well as patients who insist they vaped nicotine only.

Dr Ween said most vaping-related illnesses appeared to be connected to counterfeit products, but that some users may be unaware they’re using such products.

“You’re always taking a risk — there may be a contaminant in there you don’t know about, and the person selling it to you might not know either.”

Part of the problem, she said, was the lack of regulation of e-cigarettes. In Australia, it remains illegal to sell nicotine liquid, which means people import it from overseas or purchase it illegally.

“I’m worried we will see a case soon somewhere outside the US,” Dr Ween said.

“Nicotine is a scheduled 7 poison in Australia. It is not great for cells,” she said.

“We also know the vaping flavours can be a real problem. Some of them can appear fairly harmless in cell-based studies, and others may be very toxic.”

Is vaping safer than smoking?

In the short term, vaping is generally considered to be less risky than smoking cigarettes. It’s regarded as a harm reduction measure, and may be recommended to people who are unable to quit smoking using other methods.

However, research is in its early days, and Dr Harvey said the long-term consequences of vaping are largely — and critically — unknown.

“Inhaling a variety of volatile substances which have never been tested by that route in man is clearly fraught with potential problems,” he said.

The Australian Medical Association and Department of Health have both urged a “precautionary approach” when it comes to the use of e-cigarettes.

It is clear that in no circumstances should people who do not smoke tobacco begin vaping.

While there is still uncertainty regarding the cause of the US outbreak, the CDC recommends people avoid using all vape products, regardless of whether they contain nicotine or THC.

If you use e-cigarettes and experience unexplained respiratory symptoms, you should seek medical advice.