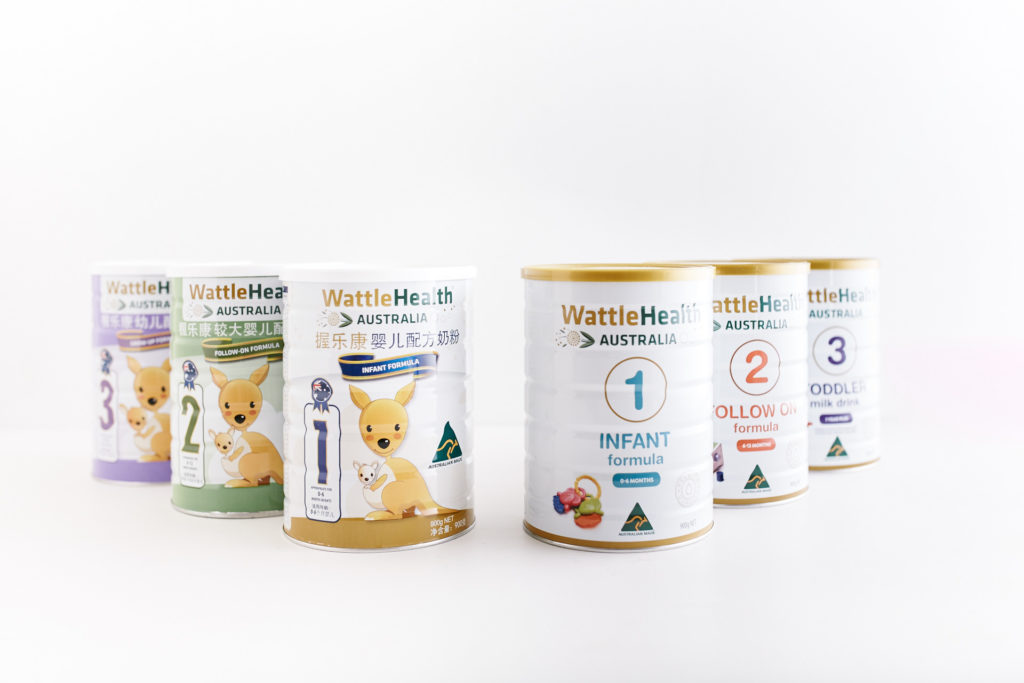 Infant formula group Wattle Health is understood to have struck an Australian distribution agreement with a large pharmacy chain to bolster the brand in its home market, which is considered crucial in building long-term success in the eyes of consumers in China.

Wattle is due to come out of a trading halt on the ASX prior to the start of trading on December 7.

There is speculation it may have secured shelf space with the Priceline pharmacy chain, which operates 400-plus outlets and is owned by Australian Pharmaceutical Industries.

Wattle has been seeking to expand its Australian footprint.

The company’s shares have been on a rollercoaster ride since listing on the ASX in mid-March this year at an issue price of 20¢.

The shares soared to $2.70 in mid-November even though it was registering modest sales revenue, largely on the strength of future upside in China and a small stake in a Melbourne infant formula packaging facility acquired by a large Hong Kong-based consortium.

But in the past few weeks it has come back with a thud to $1.55, which still makes it one of the most successful floats of 2017.

It already has distribution agreements with AYD in China, Tesco Lotus in China, and Metcash and some of its IGA and Foodland outlets in Australia.

It also sells in Baby Mode retail stores in Australia and JR Duty Free stores, which was its first main avenue to market.
.

Pharmacy superstore chain Chemist Warehouse is the biggest retail channel for infant formula in Australia, which is becoming increasingly crowded.

Newer players such as goats milk formula company Nuchev and its Oli6 brand are making inroads with distribution in Chemist Warehouse, while Bubs Australia is also on the shelves of that chain.

The ASX’s largest infant formula stock, Bellamy’s Australia, has had its products on the shelves at Chemist Warehouse for some time.

Wattle requested a trading halt on December 5 “pending a material announcement by WHA in relation to a distribution arrangement”.

Consumers in China regard success in a company’s home market as crucial in building trust in a brand, and this has been very important in elevating vitamins companies Blackmores and Swisse to strong positions in China.

There is speculation the Wattle deal involves an Australian distribution agreement, and not a potential milestone in receiving an important regulatory approval from the China Food and Drug Administration ahead of new regulations starting on January 1 for all infant formula companies selling into China. That process is in its final stages.

Wattle told its shareholders in November at its annual meeting it expected CFDA accreditation “within the next three months, which will make us one of the first Australian companies to comply with the 2018 regulations”.

The Wattle share price took off in July when Wattle was part of a consortium with Hong Kong financial firm Masons, part of the broader Genius Link Asset Management group, which acquired 80 per cent of Melbourne infant formula manufacturing facility Blend and Pack.

Wattle has a 5 per cent stake in Blend and Pack, which has the capacity to produce 20 million tins of infant formula annually.