What are the odds of catching COVID-19 twice? Here’s what we know about reinfection 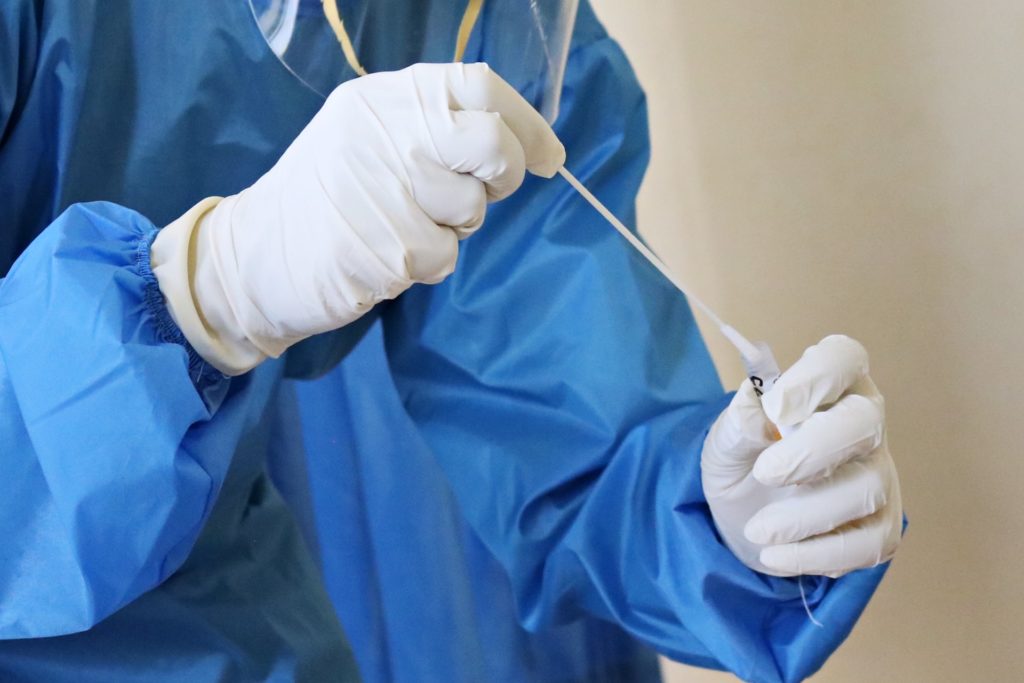 In January, a 31-year-old woman in Spain tested positive for COVID-19 after developing a cough, fever, and feeling generally unwell.

On the face of it, it sounds fairly unremarkable — except for one detail.

The healthcare worker, who was fully vaccinated and boosted, had tested positive for COVID-19 just 20 days before.

The woman’s first infection was picked up via routine COVID-19 screening at her workplace.

She didn’t develop any symptoms, and isolated for 10 days before returning to work.

But when she began feeling unwell a few weeks later, she tested again.

This time, genome sequencing revealed she had contracted Omicron — after catching Delta in December.

Scientists recently reported the case as the shortest-known interval between COVID-19 infections.

“People who have had COVID-19 cannot assume they are protected against reinfection, even if they have been fully vaccinated,” said Dr Gemma Recio of the Institut Català de la Salut in Tarragona and one of the study’s authors.

While a 20-day gap between infections is particularly short — and likely unusual — COVID-19 reinfections are increasingly common.

So, what are the odds of getting sick with COVID more than once?

Reinfections on the rise with Omicron

Health authorities typically define a reinfection as a case 90 days or more after a previous COVID infection, to exclude people who simply shed the virus for a long period of time.

In Australia, a growing number of people have reported catching COVID-19 twice, but it’s difficult to know exactly how common it is because publicly available data is limited.

In Victoria, one of the few jurisdictions that has reported this data, almost 10,000 COVID-19 reinfections were recorded in the three months to March 2022.

But overseas, in countries with previously high rates of infection, data shows COVID-19 reinfections have increased significantly since the arrival of the highly-transmissible Omicron variant in late 2021.

In England, for example, more than 890,000 people have been infected with COVID-19 more than once, and most reinfections have occurred since December.

“If you go back to last year, [UK authorities] were estimating about 1 per cent of COVID cases were reinfections,” said epidemiologist Hassan Vally of Deakin University.

Many of these cases are likely to be people who were infected by the Alpha or Delta variants in 2021, and then infected again by the Omicron BA.1 subvariant or its even more transmissible cousin, BA.2.

The UK Office for National Statistics has also reported a significant jump in the rate of possible reinfections as part of its random sampling of households.

In February, it estimated the rate of reinfections — which it only counts if four months have passed since a previous infection — had increased 15-fold following the arrival of Omicron in late December.

“That is potentially an underestimate too,” Dr Vally said.

“You can clearly get reinfections that occur before that [120-day] time interval.

Similarly, in New York, the number of reinfections has increased dramatically since the arrival of Omicron, with roughly 220,000 reinfections being recorded — about 4 per cent of total cases.

The good news is that reinfections are likely to be less severe than primary infections, given pre-existing immunity from prior infection and/or vaccination, said mathematical biologist Deborah Cromer.

“As a rule of thumb, you would expect that, especially if it was the same variant,” said Dr Cromer of the Kirby Institute.

“We know that as time goes on, our immunity wanes in terms of its ability to protect us from being infected, but thankfully what is holding up is protection against severe disease.”

In Australia, Dr Cromer said the rise in reinfections was partly because more people had now been infected with COVID-19, and therefore had the potential to get it again.

“Within Australia, this is the first time we would expect to see a whole lot of reinfection, because before December, we really didn’t have huge numbers of infections,” she said.

“Now is the time — from a purely statistical point of view — you’d expect to see a number of people have a second COVID-19 infection.”

The Omicron variant is considerably more contagious than previous variants, she added, increasing the odds of infection across the board.

That transmissibility, paired with waning immunity against infection and symptomatic disease, means we’re potentially more vulnerable to a second hit.

But it’s also Omicron’s unique mutations — which make it more apt at sneaking past our body’s immune defences — that have caused reinfection rates to surge, Dr Vally said.

This first became clear when the variant was identified in South Africa and researchers observed higher-than-expected rates of reinfection among people who had previously had COVID-19.

“Anytime you get a variant that has mutated in a way that allows it to evade the immune response … you’re going to get more infections in people that are either vaccinated, or have had a previous infection,” Dr Vally said.

Imperial College London researchers estimate the risk of reinfection with Omicron is 5.4 times greater than with the Delta variant.

“If the virus changes sufficiently, then that immune response — from vaccination or previous infection — doesn’t work as well,” Dr Vally said.

“That antibody response that was very specifically targeted towards a virus … doesn’t work so well on that new version.”

Can you get infected with Omicron twice?

While data suggests reinfection with Omicron is not uncommon in people who were previously infected with a different COVID-19 variant, it’s less clear what protection one Omicron infection confers against another.

This is a particularly important question in Australia, where most infections have been with Omicron, and new Omicron subvariants continue to arrive.

“The immunity conferred from Omicron is not quite as high compared to previous variants.

“Especially in people who are not vaccinated, having had one infection with Omicron doesn’t provide a huge amount of immunity against a second infection.”

A small Danish study published in February — which is yet to be peer reviewed — found reinfection with Omicron BA.2 following BA.1 was possible, but happened rarely, and most reinfections occurred in unvaccinated people.

However, the recent emergence of Omicron subvariants BA.4 and BA.5, which have caused another uptick in COVID-19 cases in South Africa, may increase the rate of second and third infections in coming months.

A yet-to-be peer-reviewed study published late last week found BA.4 and BA.5 can reinfect people who caught Omicron BA.1, but that vaccinated people were much better protected than unvaccinated people.

“We’re starting to get a picture, but there’s a little way to go to really understand what’s going on.”

What puts some people more at risk?

There’s still a lot we don’t understand about our immune response to COVID-19, but Dr Cromer says protection against reinfection essentially boils down to one thing: “How much immunity you’ve got.”

“The factors that can influence that include how long it’s been since your first infection — the longer it’s been, the lower your antibody levels will be because they decrease over time,” she said.

“The other factor that seems to impact [your risk] is how many vaccines you’ve had.

“Two vaccines doesn’t provide a huge amount of immunity against getting infected with Omicron, but having a booster — that will boost your immune levels and make it less likely to get a reinfection.”

Research suggests so-called “hybrid immunity” — a combination of prior infection plus two vaccinations and a booster — provides the strongest protection, which is why vaccination (including a booster) is still recommended if you’ve been infected.

Being older or immunocompromised — and therefore less likely to produce a robust response to vaccination — can also increase your risk of reinfection, which is why both groups are now recommended to have additional booster doses.

“It all comes down to how many antibodies you’ve got left in your system when you next get exposed to the virus,” Dr Cromer said.

Dr Vally added it was important for Australians to remain up to date with their vaccinations, and to continue to take some precautions, even if they have had COVID.

“The message here is that being infected is not a get-out-jail-free card, meaning you’re immune from any consequences from the SARS-CoV-2 virus,” he said.

“Even if you’ve been infected, with so much COVID-19 circulating in the community, you’re at a very high risk of being exposed, and you certainly have a risk of being infected.

“We all still have to live in a way where we try to minimise our risk … even though we are transitioning towards something looking like the way life used to be.”