Why we shouldn’t be afraid of nightmares 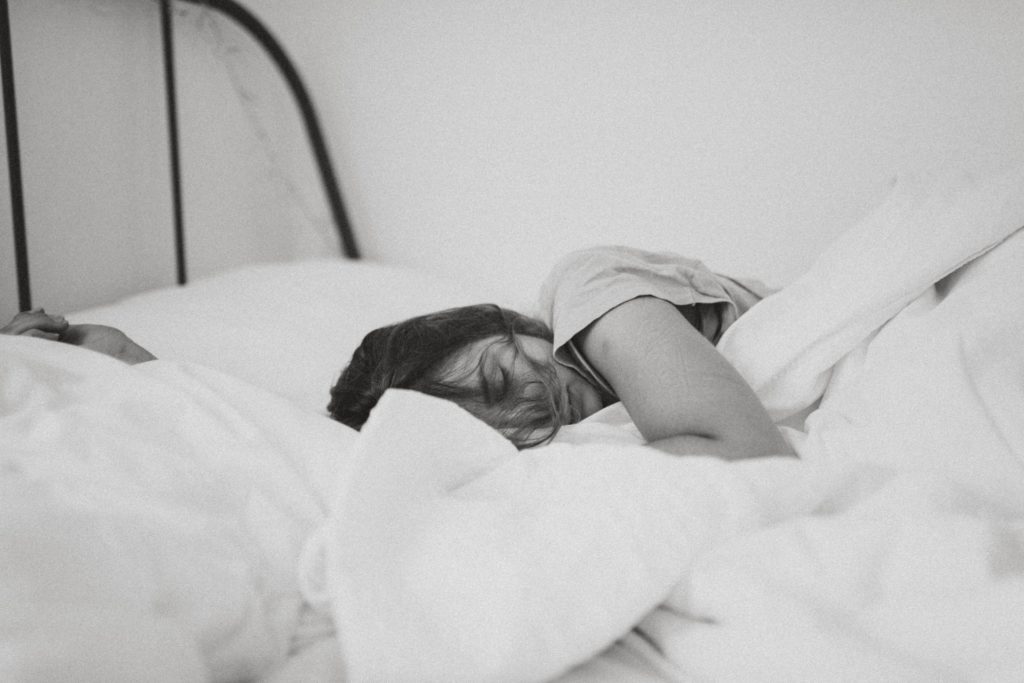 Our understanding of the cause and treatment of nightmares has totally changed how psychologists treat PTSD.

At the height of the pandemic, a strange phenomenon occurred – people started having weird dreams. The effect seems to have been most pronounced in those particularly affected by the virus and in countries with strict lockdown measures. Concerns about lockdowns, loved ones and personal health were suddenly jumbled up with other mundane thoughts, leaving some waking up in confusion.

For people on the frontline, the dreams became nightmares. Of 114 doctors and 414 nurses working in the Chinese city of Wuhan, who all took part in one study published in January 2021, more than a quarter reported having frequent nightmares.

Reports of nightmares among citizens also rose during national lockdowns, with young people, women and people suffering with anxiety or depression the highest risk. But for people who research trauma, the increase in nightmares was no surprise.

For those on the frontline of Covid-19 responses, like those doctors and nurses in Wuhan, 2020 was a period of “chronic stress”, says Rachelle Ho, a PhD candidate at McMaster University in Canada. Long periods of stress which last months or years and affect whole populations are quite unusual – comparable only to wars in recent history, Ho says – but we know that chronic stress has a significant effect on our cognitive function.

People living under regular duress are more likely to have nightmares. A study looking at schoolchildren aged 10 to 12 in the Gaza strip found that more than half experienced frequent nightmares and on average they occurred on more than four nights per week. Children are particularly susceptible, says Ho, because their brains are still developing.

While nightmares are strongly linked to a host of mental illnesses, some vivid dreams help us to process the emotions of the previous day, says Joanne Davis, a clinical psychologist at the University of Tulsa. Understanding why bad dreams become nightmares is helping to treat people who have experienced trauma.

How bad dreams protect us in waking life

Psychologists like Davis are beginning to unravel the links between our dreams, psychological disorders and their importance in keeping us emotionally stable when in good health.

While we sleep, we organise and file away our memories of the previous day and give our older memories a bit of a dust-off and reshuffle. It is thought that this happens throughout sleep, but it is in the Rapid Eye Movement (REM) stage (just before we awake or as we dip into sleep) that we store our most emotional memories. These emotionally charged memories then become the subject of our dreams.

Vivid, emotional and memorable dreams are our brains storing memories and pulling off the emotional tag, or tearing up the receipt – Rachelle Ho

A bad dream might help people in waking life. The hypothesis “sleep to forget, sleep to remember” suggests REM sleep strengthens emotional memories, safely storing them away, and also helps to tone down our subsequent emotional reactions to those events. For example, if your boss shouts at you and later that night you dream about it, the next time you see your boss you will feel less emotional about that event.

It’s an intriguing idea that our dreams train us to control our emotions – but what evidence is there?

When our brains are in the REM stage of sleep, both the hippocampus and amygdala are highly active. The former is the part of our brain that orders and stores memories, the latter is the part that helps us to process emotions. This has led researchers to suggest that vivid, emotional and memorable dreams during the REM stage are the manifestations of our brains storing memories and “pulling off the emotional tag, or tearing up the receipt”, says Ho. The analogy of taking off an emotional tag is one used widely in sleep psychology.

After a bad dream, the area of the brain that prepares us for being afraid is more effective as though the dream trained us for this situation

After a bad dream, the area of the brain that prepares us for being afraid is more effective, as though the dream trained us for this situation. The longer people had felt fear during their dreams, the less their emotion centres were activated when they were shown stressful images. (It’s one thing to be better prepared for looking at distressing photos and another to be prepared for your boss shouting at you in reality, however.)

Our amygdala might need this period of processing to reset before the next day. Perhaps dumping the emotional baggage of the previous day overnight allows us to start from a new baseline in the morning. Studies on stressed workers show that our cortisol level, the hormone that helps to regulate our stress response, is highest in the morning, meaning we are better able to react well to stress early on. While cortisol is produced elsewhere, our amygdala is used to detect stressful situations.

During REM our brain produces low-frequency, slow theta waves in the hippocampus, amygdala and neocortex (we produce theta waves while awake, too, but they are particularly characteristic of REM sleep). Studies in rats, in which some were subjected to stressful tasks found that those rats who had to do something unpleasant had more periods of REM and increased theta waves during REM in the following night’s sleep.

Daniela Popa, a neuroscientist at the Institute of Biology of the École Normale Supérieure in Paris and author of one of those stress-inducing studies went on to show that the same brain areas involved in processing emotional events in dreams were stimulated again if the rats were presented with the same stressor, which might mean that REM sleep and theta activity is uniquely involved in the long-term storage and processing of bad memories. Though Popa points out that it’s tricky to look for non-emotional memory storage in rats, as it’s hard to know what they’re thinking.

How do you treat nightmares?

It’s one thing having the odd beneficial bad dream and another entirely having chronic nightmares. “With nightmares the process seems to be stuck,” says Davis. “Your brain might intend to process this emotional event, but it gets stuck because you wake up in the middle of it so you don’t see it all the way through.”

“Once you have nightmares over a long period of time they become kind of like habits,” says Davis, who cites that some of the patients she sees have lived with chronic nightmares for decades before seeking help. “You worry about having a nightmare, maybe you avoid sleep or try to get to sleep as quickly as possible – so self-medicate to get through the night.”

As a clinical psychologist, Davis treats trauma survivors, who might include veterans, active service personnel, children or people with conditions like bipolar disorder, using exposure, relaxation, and rescription therapy (ERRT). In ERRT, the patient writes out their nightmare exactly as they recall it (exposure – which works particularly well with people who have anxiety, she says) or writes out their nightmare with a new ending (rescription).

With rescription, the patient doesn’t necessarily start to incorporate their new ending into their dream, instead “what tends to happen is that they just don’t have the nightmare or they still have it but it’s not as powerful, or fuzzier. Then it just decreases in frequency and goes away. It’s almost like by working through the issue in the day it resolves the need to relive it over and over at night,” she says.

If you fix the nightmares first, you can fix the other symptoms of PTSD – Joanne Davis

Davis understands the importance of treating nightmares as more than just a symptom of a wider problem. “Just a few decades ago our field saw nightmares as a symptom of PTSD,” she says. “But if it’s not too grand to say, there has been a paradigm shift to thinking of nightmares as the hallmark of many of the problems. If you fix the nightmares first, you can fix the other things that are happening [like depression and substance abuse].”

Davis says it is important to look at nightmares as an early indicator of future problems. Emotional dreams sometimes occur in the night after the significant event, and sometimes five to seven days later. Penny Lewis, a professor of psychology at Cardiff University, and her colleagues propose that we store everyday memories immediately after they happen, but there is a “dream lag” when it comes to things of deep, personal significance.

Teaching chronic nightmare sufferers how to take control of their bad dreams by lucid dreaming seems to reduce their frequency, too. This type of treatment is called Imagery Rehearsal Therapy (IRT) and has been successful in small groups, though the researchers in this particular study are unclear exactly how it works, and studies like this are often unnatural. In all cases, these treatments focus on finding ways to make sure patients sleep through the night without waking, giving their brains the rest they need to improve their cognitive function.

While our understanding of the cause and treatment of nightmares has improved considerably in the last few years, the strict lockdowns since the onset of the coronavirus pandemic threw up new challenges for those people undergoing treatment.

In a small survey of French patients who had undergone IRT to treat the cause of their recurrent nightmares, it appeared that the Covid-19 pandemic caused a relapse in two-thirds of them. These patients had all successfully reduced the occurrences of their nightmares (on average from nearly nightly to about twice a week) using the therapy. But in 2020, four years after they underwent therapy, most had reported an average of 19 nightmares per month.

Benjamin Putois, a neuroscientist at the University of Lyon, and his co-authors Caroline Sierro and Wendy Leslie write that during the crisis “increased nightmare frequency could be interpreted not only as reactivation of traumatic memories but also as an increased need for emotional regulation”.

So next time you have a bad night’s sleep, think of it as your brain’s way of regulating your emotions by tearing up the receipts for the previous day’s stresses. Davis says you should only be concerned if nightmares are regular or if they start to affect your health. For most people, the odd bad dream might be a good thing.

Photo by Kinga Cichewicz on Unsplash

The next breakthrough tool in biology? It’s maths. Here are some ways mathematical biology is helping change the world